ok, planetariums are nothing new indeed, and so is 360° projection. both are interesting since, when inside, you can get a realistic feeling of being in some place, the one projected onto the dome. this work is somehow different: instead of simply playing back some footage looping over and over, the projection is rendered in real-time; this means it can be influenced by many different inputs, for instance, music and sound just like in the example below, or even user interaction.
this means that the audience, the people can interact live with the space surrounding them, shaping and modifying it.
done with Processing+OpenGL

below, some pictures of the first public performance during ELMAR / Vienna Media Art Festival, in October 2015 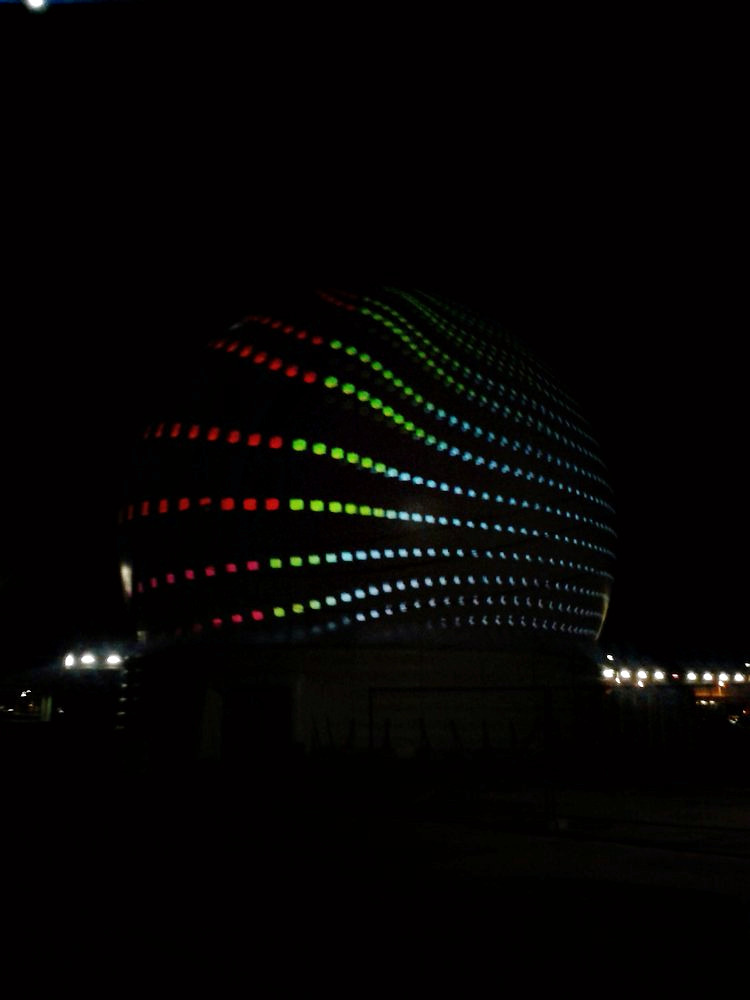 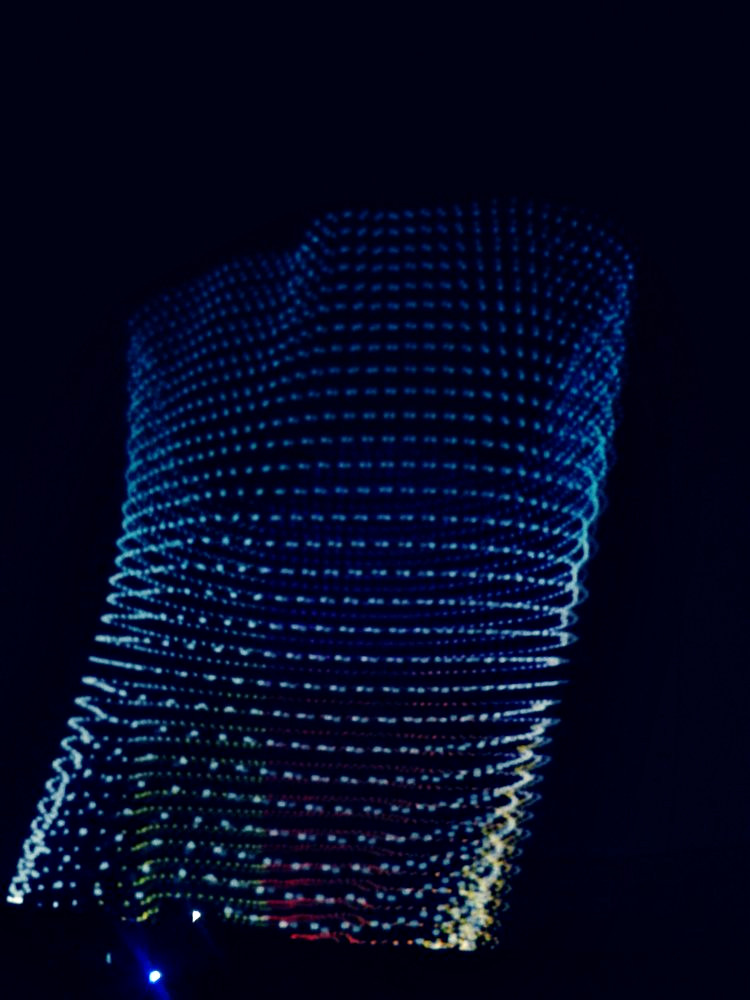 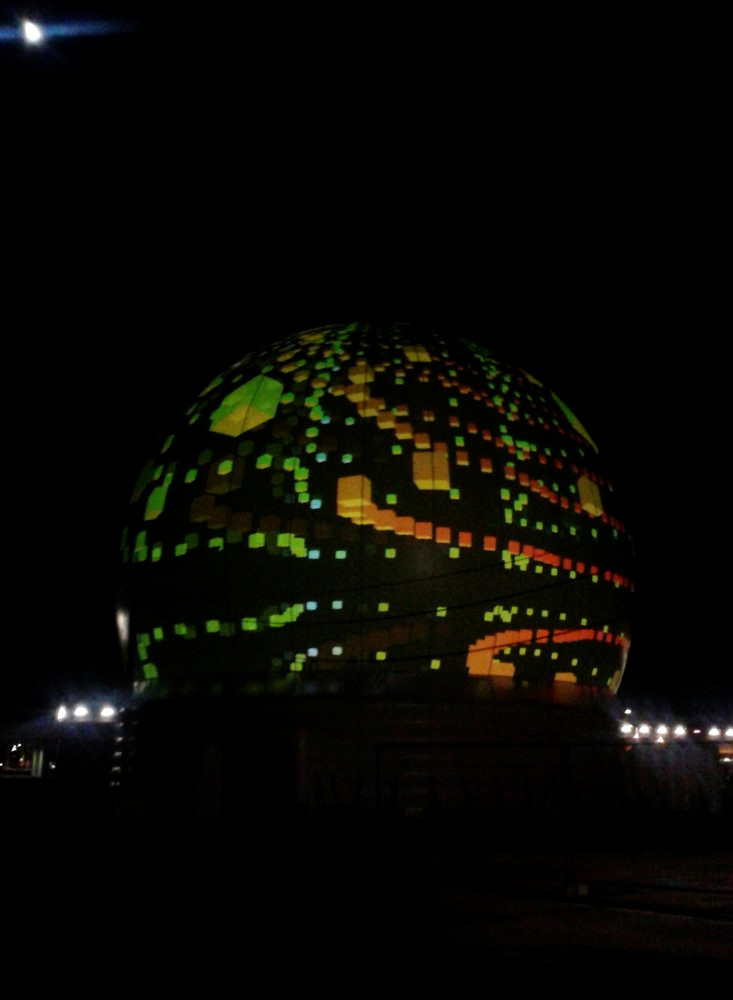 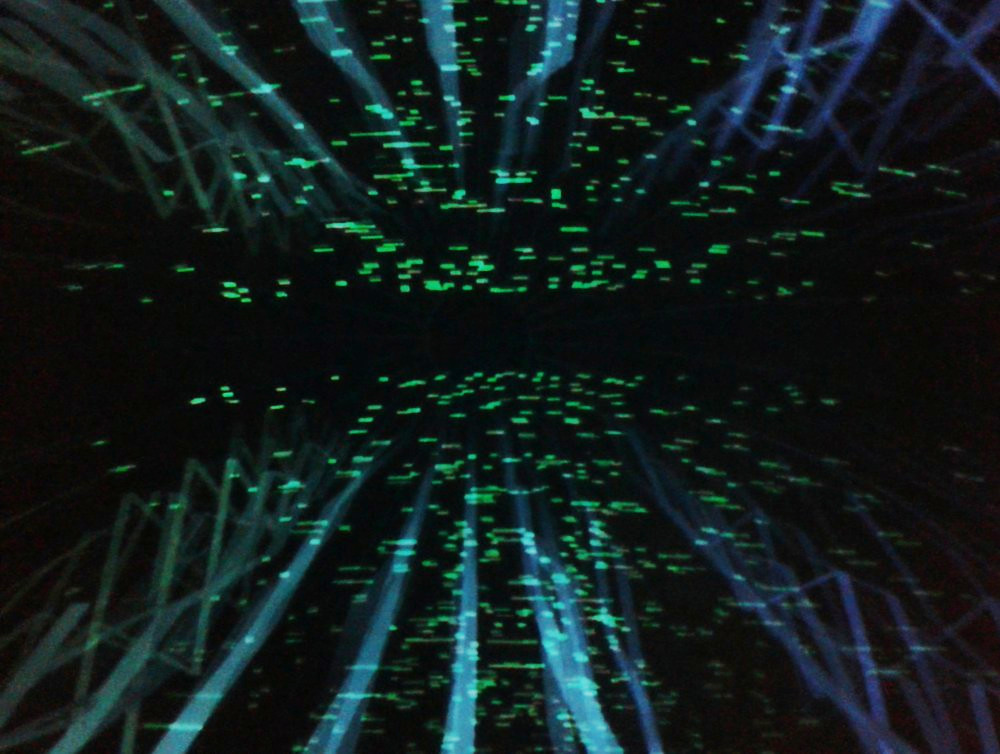 if displayed on a translucent screen, this is what it looks like from the outside 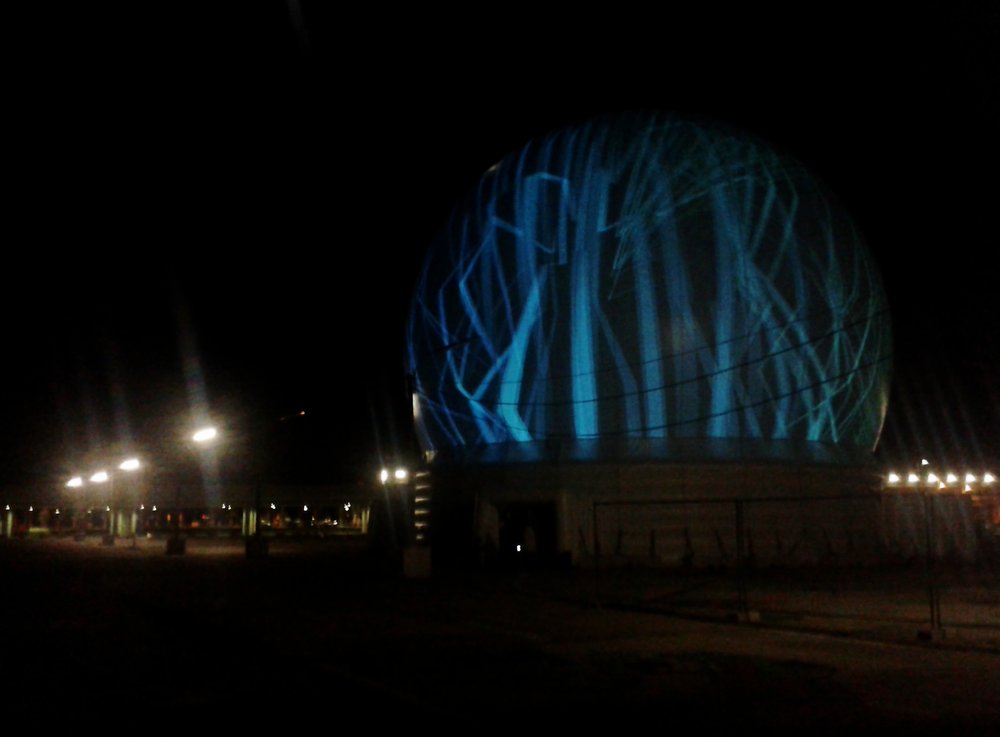 while this is the perception inside 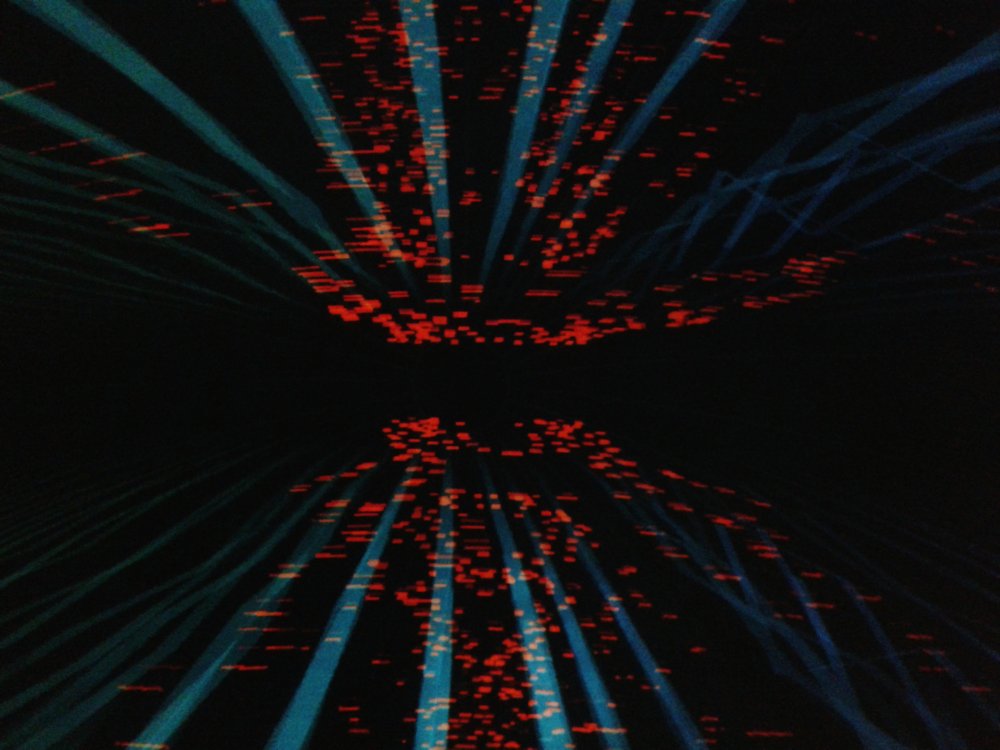 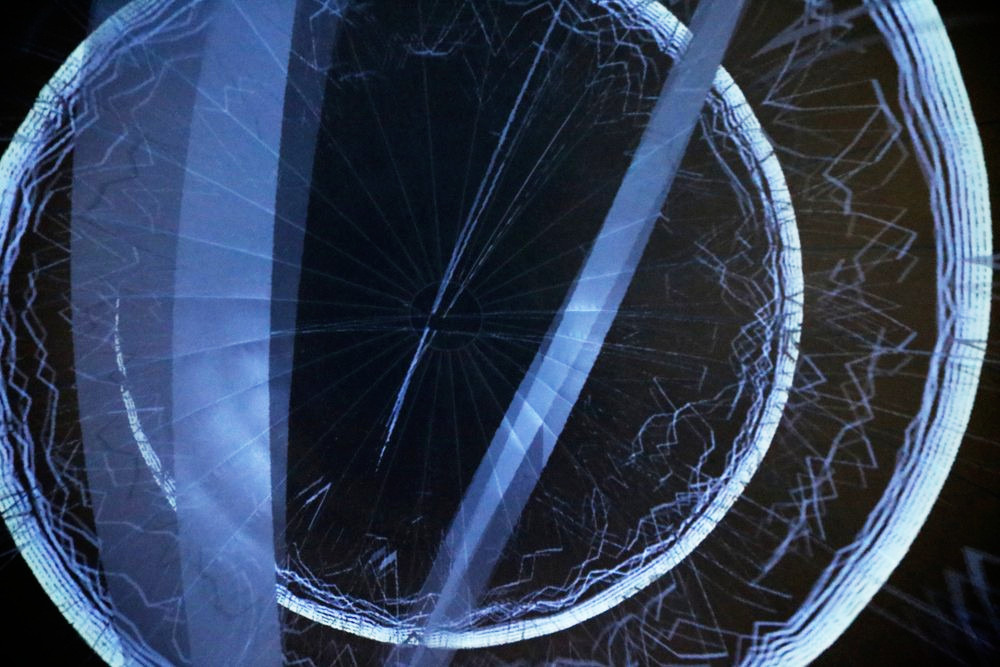 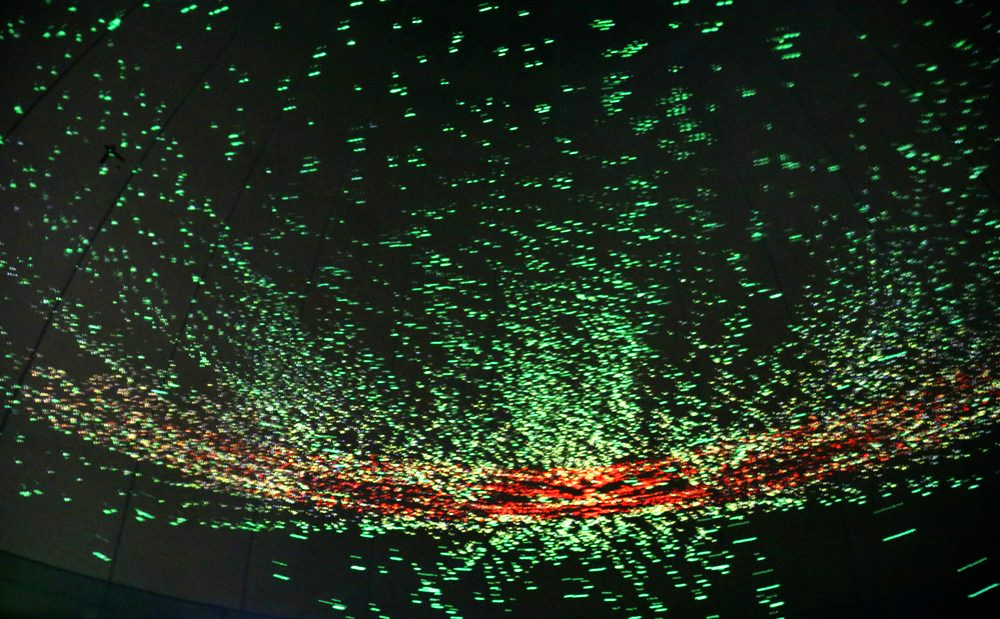